Now that the dust has settled on the 2013-2014 U4RC Winter Series, it’s time for a final report. U4RC’s partnership with Axial Racing has again proven to be “the perfect fit”. U4RC racing is a blend of r/c rock crawler, short course style rock racing, with a twist of scale realism. Axial based rigs continued to be the dominating force in every U4RC series nationwide. This series again saw racers compete with everything from “out-of-the box” Axial RTR rigs to fully custom, purpose built, Axial based racing rigs. R/C rock racing is proving to be “the next big thing” throughout the r/c community. 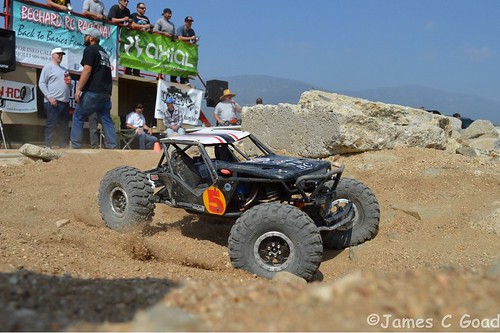 The exciting r/c action was non-stop from the Season Opener in October, all the way to the Finals March 22nd 2014. The series championship battle in every U4RC class was highly contested from the sound of the buzzer in the first heat of the series, until the closing moments of the last Main at the Finals. This U4RC series again saw appearances from several high profile drivers and figures from all over the r/c industry and fullsize 1:1 racing. The list included current and past R/C Rock Crawling Champions, r/c pro-off road drivers, 1/5th scale pros, r/c world record holders and a handful of industry insiders, all getting in on the buzz, early. U4RC Racing has a class that will match and be fun for and every level of driving skill and experience that exists out there, from “newbies” through to “seasoned pros”. 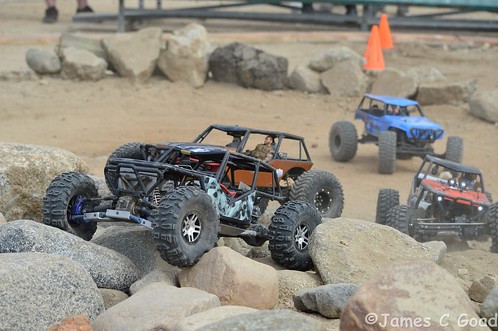 1.9 Trail Class Series Champion Shad Patton took the series win with his lightly modified SCX10 Dingo. Trail class is another entry level class for 1.9 tire clad scale rigs. This class’s series championship went right down to the wire. Owners of Casey Currie J/K’s, G6 Jeep’s, Honcho’s, and all other SCX10’s typically run in this class. Axial Racing participated with some great driver giveaways of complete rigs for the 1.9 Trail class. 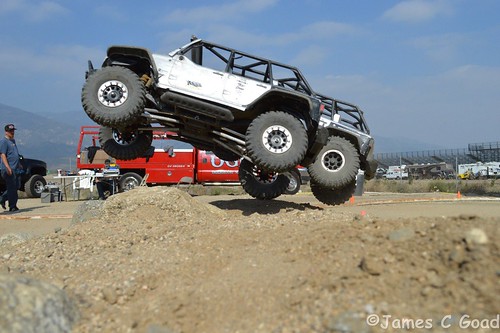 1.9 Trophy/Comp Class has seen a surge in Axial SCX10 based rigs during the last series. These rigs are fully custom, highly realistic and usually mimic full size 1:1 race rigs. Full metal chassis’, custom interiors, and stricter scale requirements are the backbone of the Trophy classes. 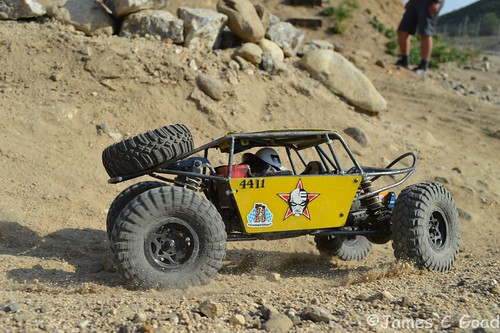 Axial Racing Team driver Jake Wright put together a flawless series to take home the Championship in 2.2 Competitor with his modified Axial Wraith. Jake also laid down the fastest lap time of any class for the entire series! 2.2 Comp class is filled with the absolutley fastest rigs on the rocks. 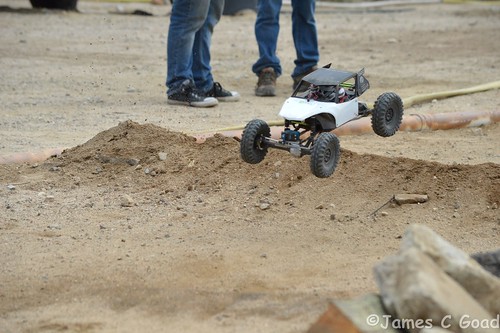 The closest points race out of all the classes was in 2.2 Trophy, where Chris Pickering faught his way to the class championship in his Axial based custom race car. Up until one race before the Finals there were 4-5 drivers that had a possible shot at the championship. All series long the starting bell meant total excitement instantly. Many of the rigs in this class run complete Wraith drivelines bolted directly into metal upper chassis’. The realism doesn’t get any better than in this class, with the sound of the 8+ pound rigs banging against the rocks and each other. 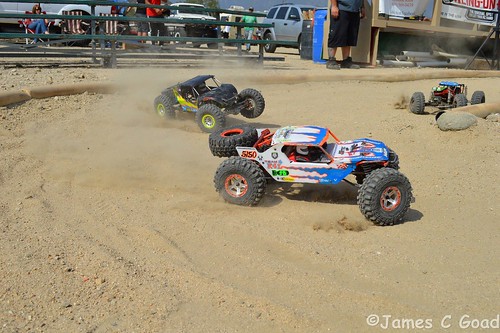 U4RC will be rolling out additional classes starting the next series. We have created a “2.2 Competitor Limited” class. This class came about to offer entry level 2.2 drivers a place to start in U4RC racing and race against similar, “stock” or “lightly” modified rigs, without the pressures of racing against the pros with highly modified vehicles. Axial Wraith and Dead Bolt owners will feel right at home in this class.

U4RC would like to thank all of the sponsors and partners that helped make the Winter Series such a great success. We couldn’t have done it without them. Check out each of these sponsors great products and services!….