With this being Nor Cal Rock Racing’s Championship race, we all knew that Jake being the defending 2013 Champion, might as well have a bull’s-eye on his back! Every team had one thing in mind, “beating Jake Hallenbeck!” As things were getting started and heat races were being randomly drawn, Jake found out he had been drawn to start in the back of the pack. Starting in the back forces Jake to work his way through slower traffic, which sometimes is a challenge in itself on a course like this. 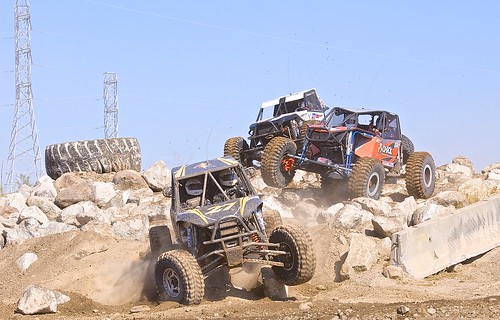 With the two other power house teams of concern drawing the same heat race, this would give us an idea of how the rest of the day was going to go. Jake found himself being held up by certain drivers, slowing him down considerably. By the end of the race, Jake had worked his way up to finish 2nd behind his closest competitor in the points standings. This was going to be a showdown! 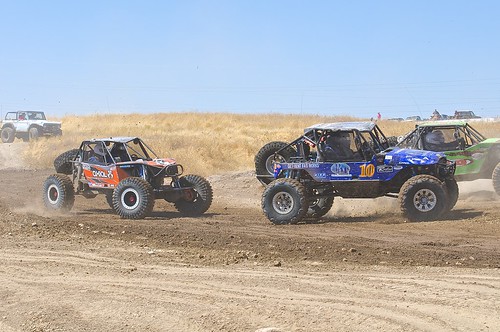 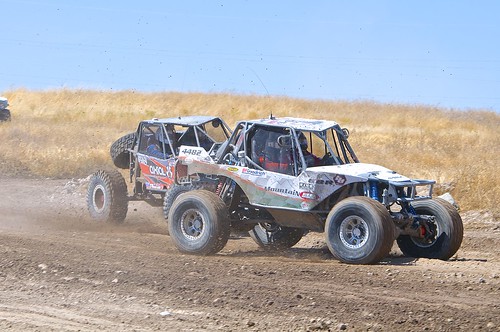 As the team was going over the car in the pits, Jake found out that they had a transmission cooler failure. Without a spare cooler, they decided to bypass the trans-cooler altogether and hope for the best.

Starting in the back of heat race 2 once again meant that Jake would have to rely on his skills to get him out in front to secure a better starting position for the main event. As the race started and Jake charged through the pack, he suffered a broken axle in the first rock pile. He maintained his pace the best he could to finish that heat in what appeared to be 4th place. Jake and his team quickly went to work pulling the axle, and in the meantime damaged the inner seal. 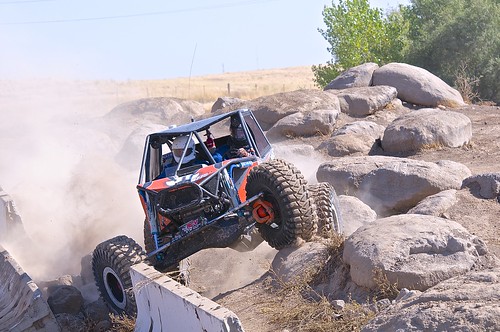 Fortunately, with Trail Gear’s large fill cap on their axles, they were able to get a pry bar in there so they could get the axle changed without having to pull the entire axle apart to put the seal housing back in. As it was, they finished with minutes to spare for the start of the main event!

When the teams lined up for the main event, I could see Jon Cagliero starting in the front row. Jon was only two points behind Jake in the points race. Jake was forced to start mid-pack and have to work his way through traffic once again! With the lineup in place and the sun in their eyes, the race for the Championship was about to begin! 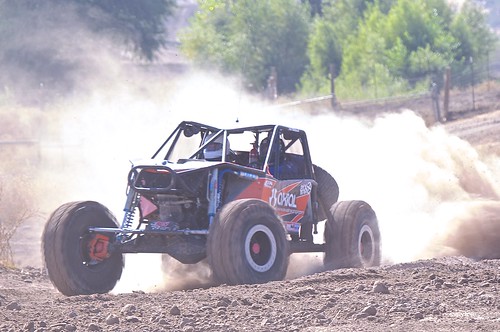 From what I could see, Jake got a great hole shot and by the first and second rock pile he found himself in 3rd place. He drove the wheels off his bomber buggy and began to reel in the leaders…until his engine’s heating issue began to come back and haunt him. He was forced to pace himself for the longer main event so he could be in the hunt at the finish. He maintained his 3rd place position throughout the race until he got over taken by a car during a yellow flag. 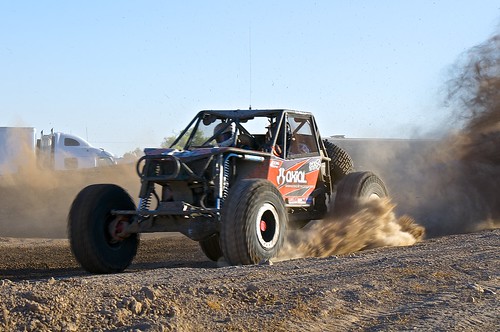 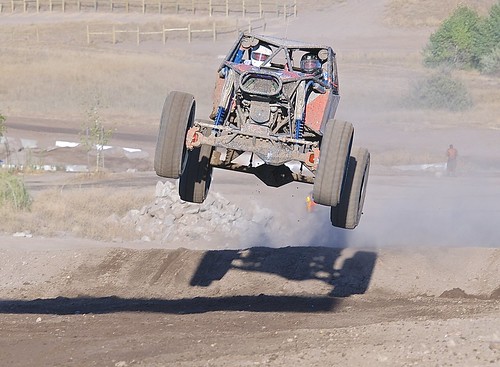 Out of his control at that point, Jake knew he needed to gain that position back and get closer to the front for a chance to keep his lead in the points standings. With one lap to go, Jake overtook that 3rd position again but was running out of time to catch the leaders. When the race came to an end, Gary Ferravanti Sr. crossed the line first, followed by Jon Cagliero, and Jake finishing in 3rd and collecting another podium finish! 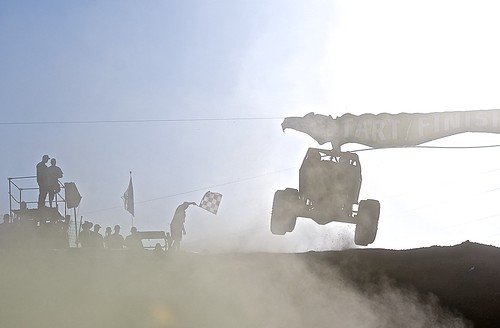 With the results of the race in place, it was time to figure out the point standings and who would be the 2014 Season Champion! With Jon Cagliero finishing the race in 2nd and Jake finishing in 3rd, it meant that they were tied in points for the 2014 season. With nothing in the rule book stating what to do in the case of a tie, John Goodby of Nor Cal Rock Racing decided to go with a motocross rule that states whoever crossed the finish line first between the two points leaders would be the new Champion.

Like the true Sportsman and Champion that Jake Hallenbeck is, he looked at Goodby and stated, “As long as you will assure me that this will be in the rule books in the future, I am good with that.” In the same breath, Jake asked John if he could deliver the Championship trophy to Jon Cagliero himself. Goodby agreed as long as he could be present. They together they delivered the trophy to Jon Cagliero and named him the 2014 Nor Cal Rock Racing Champion! It’s never easy in racing to except a 2nd place finish, but Jake did it with grace and style. 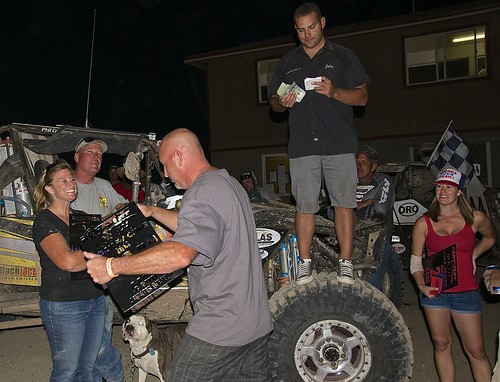 As the season concludes, I look forward to seeing if Jake can pick up new sponsors in the off season so he too can upgrade his rig to what most of the powerhouse rigs are running. Jake proves to me that you can stay on the podium with driving skills alone, but to be able to win races consistently you have to equal the playing field and run Independent Front Suspension with big horsepower! 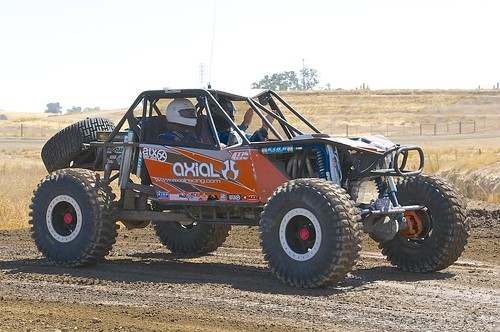 All in all, in two years of racing the Ultra4 class, Jake has achieved a Nor Cal Championship, a tie for another Nor Cal Championship, The Ultra4 Racing series Rookie of the Year Award, and is still in contention in the 2014 Ultra4 Racing Series on driving ability alone. If given the Independent Front Suspension and the horsepower other teams are running, in my opinion, Jake Hallenbeck would be a force to be reckoned with!